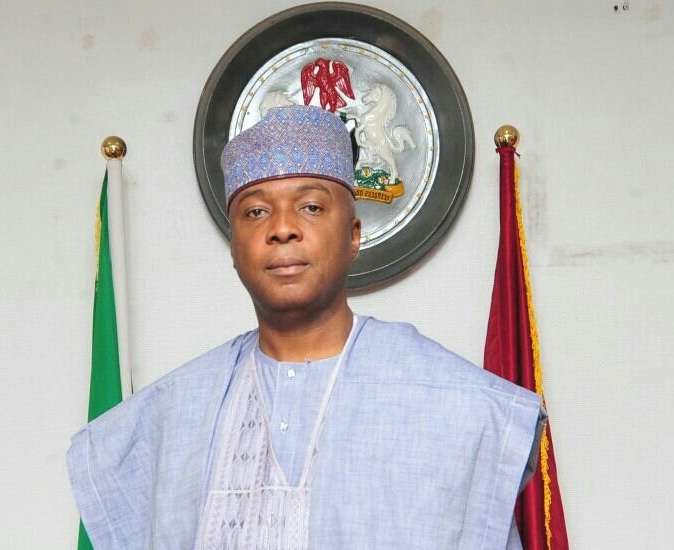 The Nigeria Police has maintained that the Senate President, Bukola Saraki, has a case to answer.

The Police also insisted that as such, the lawmaker must report to the Force Intelligence Response Team, Guzape, Abuja to give more details on his alleged link to the act which claimed more than 33 people in Kwara State.

The Nigerian police also waved aside reports that the Senate President was exonerated in the case based on a report from the Director of Public Prosecution, DPP, which allegedly set him free on the grounds that it had no evidence against the senator.

Force Public Relations Officer, Jimoh Moshood, an acting Commissioner of Police, said this in a statement in Abuja.

He added that the reaction became necessary following reports to the effect that Saraki was exonerated on the basis that, “there was no evidence that linked the Senate President, Sen. Bukola Saraki and Kwara State Governor Abdulfattah Ahmed to the armed robbery attack that left 31 persons dead in Offa, Kwara State, in April”,this year.

“It is incumbent on the Force to educate the writer of the story that the Director of Public Prosecutions (DPP) of the Federation in the legal advice did not restrain or restrict the Force from investigating further, the indictments against the Senate President, Sen. Bukola Saraki and the Governor of Kwara State, Abdulfattah Ahmed by the principal suspects arrested in connection with the Offa bank robbery of 5th April, 2018, “the statement said. It added that” the DPP advice did not exonerate the Senate President, it only called for further investigations into the matter.

“It is in the course of further investigations into the case that a letter of invitation dated 23rdJuly, 2018 was sent to the Senate President to appear on 24th July, 2018 at 8.00am before the Investigation Team at Intelligence Response Team office, Guzape Junction, Abuja. ”

“It is therefore, imperative for the Senate President, Sen. Bukola Saraki to report to the Police to make further statement after sighting the full text of the statement of the suspects.

“Furthermore, the Force wishes to inform the media and the public that investigation is still ongoing on the Offa bank robbery and the indictment against the Senate President from the confessions of some the arrested principal suspects, and that, there is no political influence or consideration in the matter.

“The media and the Police are veritable partners in crime prevention, protection of lives and property, and absolute compliance with the rule of law. The media are implored not to allow the pages of their esteemed publications be used to misinform the public.”