Peace Corps Rejection
Back to Home 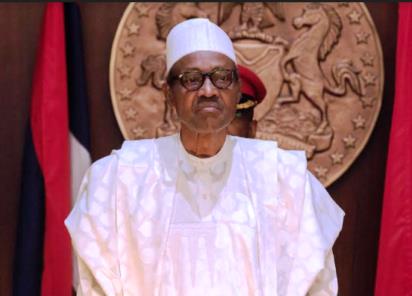 As the Nigerian Peace Corps battles the Nigeria Police to vacate its national secretariat, the legality of the organisation might have run into trouble as the President has not assented to its establishment bill, which was transmitted to him last year. Saturday Vanguard learnt from competent sources that President Muhammadu Buhari, apparently bowing to security advice, has not appended his signature to the NPC Establishment Bill, which was officially sent to him by the Clerk of the National Assembly, Mr. Sani Omolori, in the last week of December 2017. Findings by Saturday Vanguard indicate that the 30-day window under, which the president should sign a bill duly transmitted to him elapsed on January 31, 2018, leaving the National Assembly with the only option of mobilising two thirds of its members to veto the president’s rejection of the bill. By implication, the Presidency has thrown out the NPC bill and the piece of legislation okayed by the two chambers of the NASS can therefore not be cited as a law in Nigeria and the outfit does not have the legal backbone to continue to operate as a legal entity unless the NASS mobilises two thirds of its members to override the president. A top Presidency official conversant with the matter, confirmed to our correspondent last night that the President could not have assented to the NPC bill because there was no need for such an outfit under the Nigerian security architecture. The source said, “By implication the bill has been rejected by Mr. President since he did not sign it into law within the stipulated 30 working days. “By law, the Nigerian Peace Corps Bill will not fly in Nigeria as the President has not appended his signature to it within the period prescribed by law,” the official explained. Asked what could be done given the fact that the courts had ruled that the embattled security outfit had the right to operate as a voluntary organisation in Nigeria, the presidency official said that the organisation must first derive its legality from the law of Nigeria before functioning as an entity of the law. But reacting to the development, the Spokesman for the House of Representatives, Abdulrazaq Namdas, said the members would wait patiently for President Muhammadu Buhari to write the NASS on why he would not append his signature to the bill before deciding on what next step. Namdas told one of our correspondents that the lawmakers were aware that the president was in the habit of giving reasons whenever he rejects a bill sent to him by the NASS. “But if we wait up to a certain time and the usual excuses we expect of him does not come then the House may take a further action to override the president. “If you remember just last week he returned three bills stating the reasons he refused to sign them into law,” Namdas said. It will be recalled that the NPC has been having a running battle with the Nigeria Police since it came out as a security outfit but not yet licensed by the Federal Government, culminating in the sealing of its national headquarters in Jabi and the arrest and detention of its leaders by the NPF. The running battle between the NPC and the NPF has also resulted in a lingering legal tussle between the two groups, with the court asking the police to pay the NPC N12.5 million as compensation, an order the police are yet to comply with. File: Peace-Corps The police have also refused to quit the headquarters of the NPC despite repeated court orders. While the Senate passed the bill on November 25, 2016, a conference committee of both chambers was inaugurated on December 8, 2016, to harmonise the bill. The House of Representatives laid and adopted its conference report on January 19, 2017, while the Senate adopted its report on July 25, 2017. But on February 17, 2017 the police stormed the National Office of the NPC and arrested the head of the organisation, Dickson Akoh, and about 49 other members. The police accused Mr. Akoh of using the Peace Corps, which was registered as a non-governmental organisation, but operating as a para-military agency, to fleece innocent young job seekers. Mr. Akoh has however denied all the allegations and has since been granted bail by the court. Meanwhile, CHAIRMAN, Senate Committee on Media and Public Affairs, Senator Sabi Abdullahi, APC, Niger North has said that the Senate will do what the Constitution specifies in case Mr. President refuses to assent the Peace Corps Bill. He said that the constitution of the Federal Republic of Nigeria provides for what should be done if a bill passed by the National Assembly, transmuted to the President for assent did not receive the assent of the President. “For me personally I see it as a very good thing; it is not new to Nigeria but it is happening in many other countries so that was why in the first instance, the National Assembly supported it.